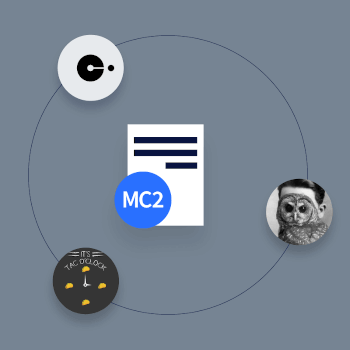 Decred is based on a proposal for the Memcoin2 cryptocurrency from April 2013 on the Bitcointalk forum. The user, tacotime, proposed the new cryptocurrency and worked with _ingsoc, another Bitcointalk user, and Jake Yocom-Piatt to implement the hybrid Proof-of-Work (“PoW”) / Proof-of-Stake (“PoS”) consensus system from Memcoin2 as a new project, called Decred.

The major innovation of this hybrid consensus system was that it created a PoS governance mechanism, where users opt-in to temporarily lock their coins in exchange for participation in a lottery. These users are called stakeholders. Several winners of this lottery are selected each block to participate in the consensus system by voting, which puts sovereignty over decisions about Decred directly in the hands of its stakeholders.

Decred’s code was built on the btcsuite codebase, an alternative full node Bitcoin implementation in Go, written by Company 0, LLC. Despite Decred being based on Bitcoin’s code, it is a standalone cryptocurrency, not a “Bitcoin fork”. This work began in February 2014 and continued with the assistance of Company 0, LLC until its mainnet launch in February 2016.

During the launch in February 2016, Decred used an innovative airdrop and small premine to bootstrap the PoS component of the Decred network, establish a wide network of potential project contributors, and compensate the early developers for their work prior to launch. Given the necessity of distribution, this process was determined to be fair, transparent, and yielded significant decentralization from the outset.