Why censorship is required

Censorship is a necessary tool for administrators for several reasons. For one, Politeia cannot host illegal content. For another, because the fee to submit a proposal is relatively low (0.1 DCR), there is a risk the system could be flooded with spam proposals that waste the time and attention of stakeholders.

Politeia is based on the concept of transparent censorship. A limitation observed with other platforms such as Reddit, is that moderators can censor silently. This can lead to situations where content is censored because it goes against the preferred narrative of the moderators. In these cases, it is often the users’ word against that of the moderators’. In Politeia, admins can censor content, but can only do so transparently. If a user’s submission is censored, they can cryptographically prove that the censorship occurred. If admins censor a proposal, they must also provide a reason, which is viewable to the user.

If a user’s proposal is censored, it will not appear publicly on Politeia, but will still be visible to the user and admins. The censored proposal will still appear on the user’s Your Proposals page, along with the reason the proposal was censored. Below is an example proposal that was censored as spam. 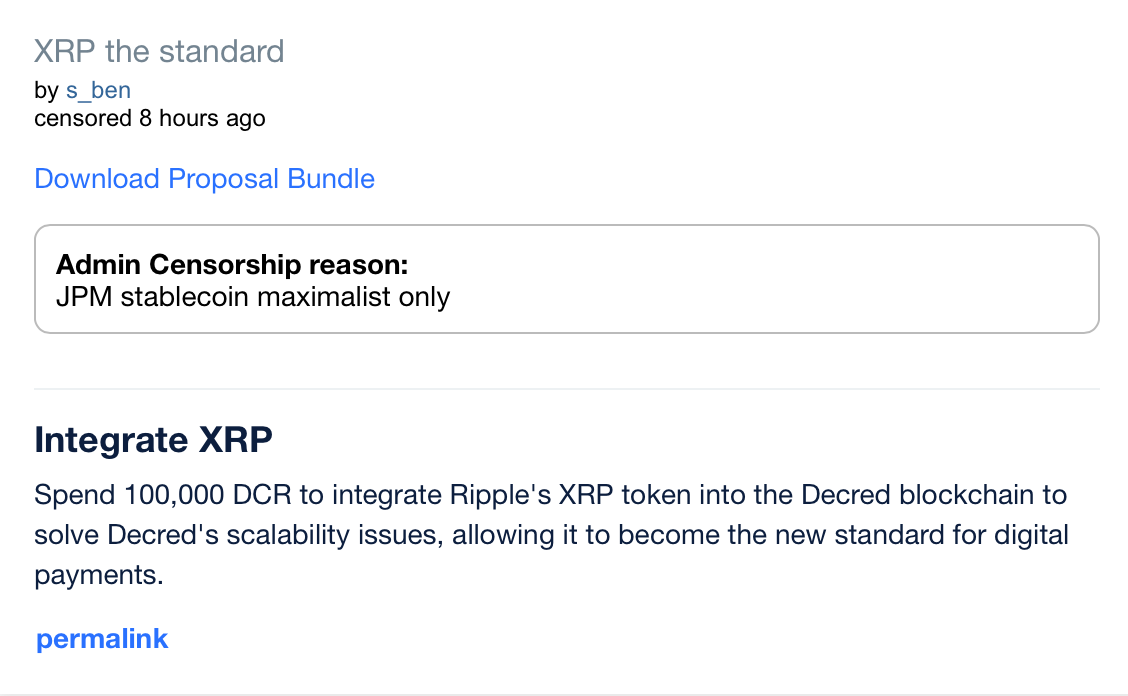 If a user feels they have been unjustly censored, they are free to show their provably censored proposal to the community at large and build support for their proposal. Proposals can be resubmitted at any time. Users are responsible for hosting any censored content if they wish to share it externally.